BRAND SPOTLIGHT: Hoka One One

Surely you’ve seen them. Those running shoes that look kind of funky? With the huge chunky soles?

Runners don’t wear those, right? How could they?

This was a question we received in our stores quite often when Hoka One One made its debut a few years ago. Since then Hoka has grown from an outlier to one of the most dynamic and innovative brands in the running world.

We were lucky enoug 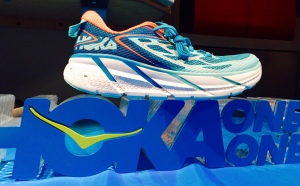 h to meet the co-founder and VP of Product Innovation, Jean-luc Diard, and what an interesting guy he is! He told us all about why Hoka does what it does, and there were some very interesting takeaways:

Running is the cheapest and most accessible sport that exists. All you need is a pair of shoes, and you can do it pretty much anywhere.

So why are people constantly dropping out of the sport?

Because no other sport has this frequency of injury and participants dropping out of it at such a young age. Think about it – how many people do you know in the prime of their life have experienced a running-related injury that forced them to stop training?

So Hoka‘s aim when they first entered the market was to make the sport of running more comfortable and enjoyable, reducing the number of people who are just giving up on it.

How did they plan to go about this lofty goal? By thinking of running shoes in a completely different way.

Traditional running shoes have a heel crashpad, then a bit of a gap, then your forefoot cushioning. That segmentation leads to a bunch of extra energy expenditure getting your body to transition from that heel pad to the forefoot – hit, stop, go. Hit, stop, go. Multiply that times thousands of steps and you have quite a bit of wasted energy.

So Hoka designed its shoes with the concept of a wheel or rocking chair. Rather than ‘hit, stop, go,’ we are rolling comfortably through the gait cycle. Continuous movement and fluidity.

Did you also know that when we run, we actually place a significantly higher amount of pressure on the forefoot than we do the heel? So the concept of a heavy heel pad and less cushion in the forefoot didn’t make much sense to the engineers at Hoka.

As a result of this simple biomechanical discovery, they give you much more cushion in the forefoot – coupled with that rocking chair midsole and a relatively low heel-to-toe offset, you are just rolling through that toe-off and putting much less pressure on the forefoot. 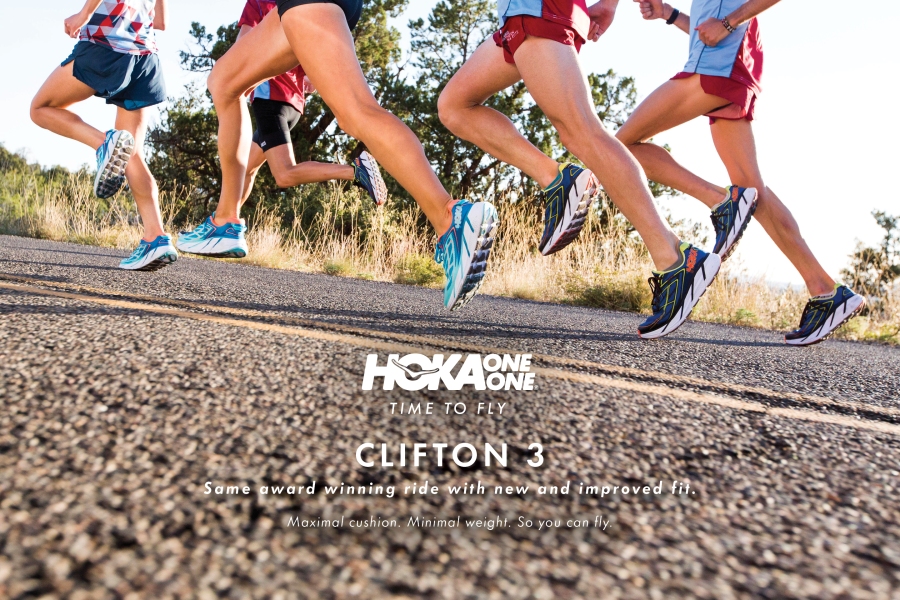 And we can’t forget to mention that offset. Although the shoes look chunky, they are actually much closer to natural running than you’d think – most Hoka models offer a 4mm offset. So you’re getting the benefit of a more natural running experience with a ton of cushioning – not too shabby!