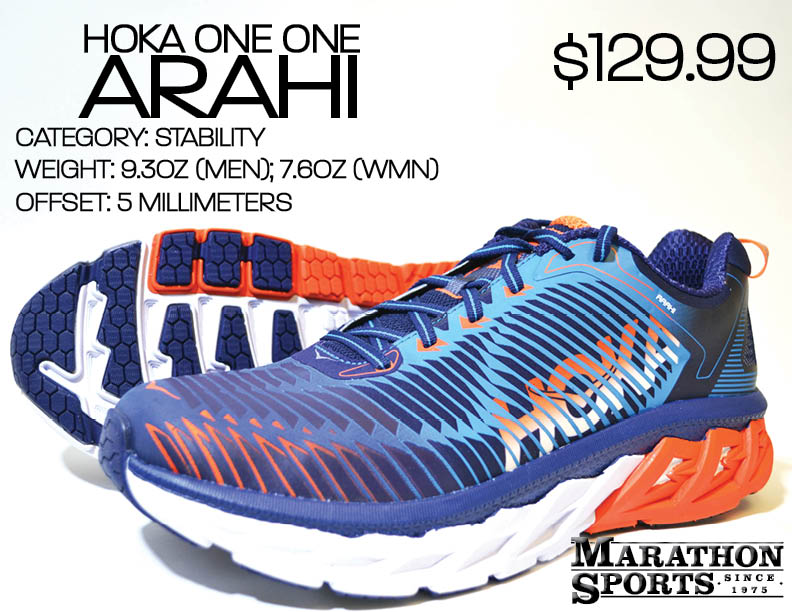 This shoe! Hoka finally has a stability shoe in its line and it is AWESOME. The perfect option for anyone who has ever wanted to give Hoka a try but was worried about stability. But if you’re thinking that this is just your run of the mill stability shoe, think again.

Most stability shoes use some form of a medial post to control overpronation. But that traditional way of building support into a shoe wouldn’t work so well in a pair of Hokas. Hoka running shoes have ‘side walls’ that are designed so that your heel lands centered and your foot rocks through the gait cycle. A traditional medial post would feel a bit awkward.  So the genius design minds at Hoka came up with something different – a J-Frame.

Pronation refers to the natural side-to-side movement of the foot as you walk or run. From the time your heel strikes the ground, your arch begins to flatten and cushion the shock. For people that overpronate, the ankle rolls too far downward and inward with each step. The excessive rotation of the foot in overpronation leads to more rotation of the tibia in the lower leg, which then affects the knee and the hip. We want alignment from the foot all the way up to the hip, which keeps your body in the best position to bear the impact of running. Overpronation pulls the body out of alignment. 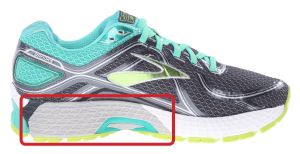 A medial post is a rigid piece added into a running shoe to help control overpronation. The medial post is made of a denser material than the rest of the shoe, which basically creates a built-in orthotic in the shoe. This helps keep the arch from collapsing too much during running or walking. The medial post is circled in red in this photo. If you were to press on that gray material, you’d find that it feels harder and more dense than the white material next to it.

Rather than putting a medial post into the shoe, the J-Frame wraps from the outside of the foot up along the inside of the arch. It is softer, lighter, and less dense than your standard medial post, which means that the shoe feels light and flexible even with support. Because it wraps around both sides of the heel, you are allowed to land in the center, and as it extends up through your arch, you remain in the center as you toe off. Aligned, cushioned, and happy!

WHAT ELSE IS GOING ON WITH THIS SHOE? 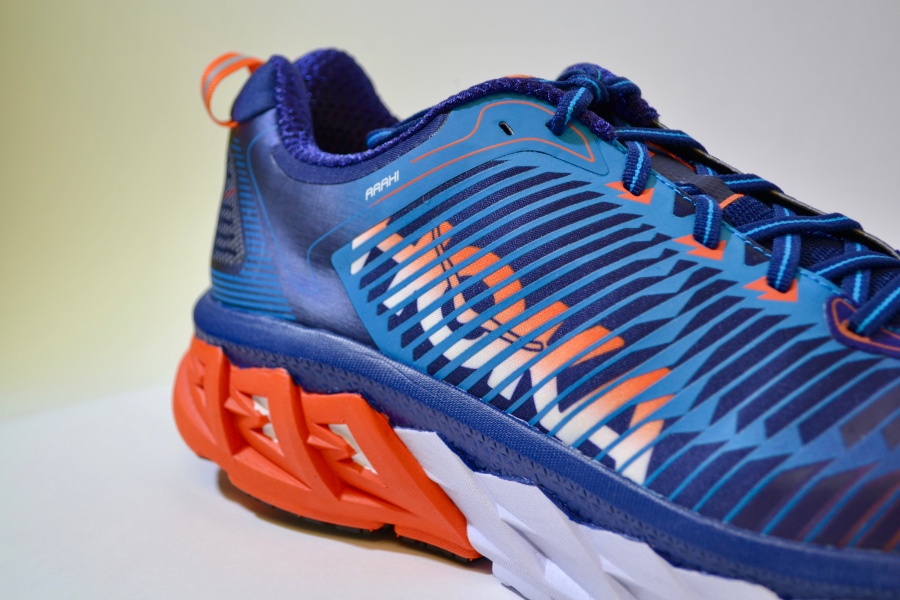 SEAMLESS UPPER – no harsh overlays and a 4-way stretch keeps your foot irritation free and comfy throughout the run. 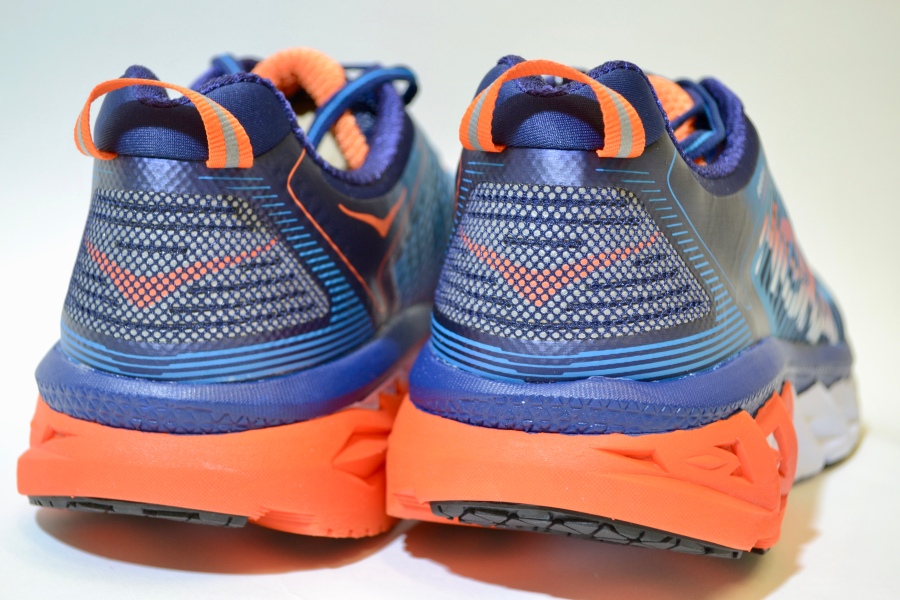 METAROCKER – Hoka‘s Meta-Rocker midsole has a low heel to toe offset and sculpted outsole that helps propel you forward and gives you a smooth ride from heel to toe. [LEARN MORE ABOUT HOKA TECHNOLOGY] 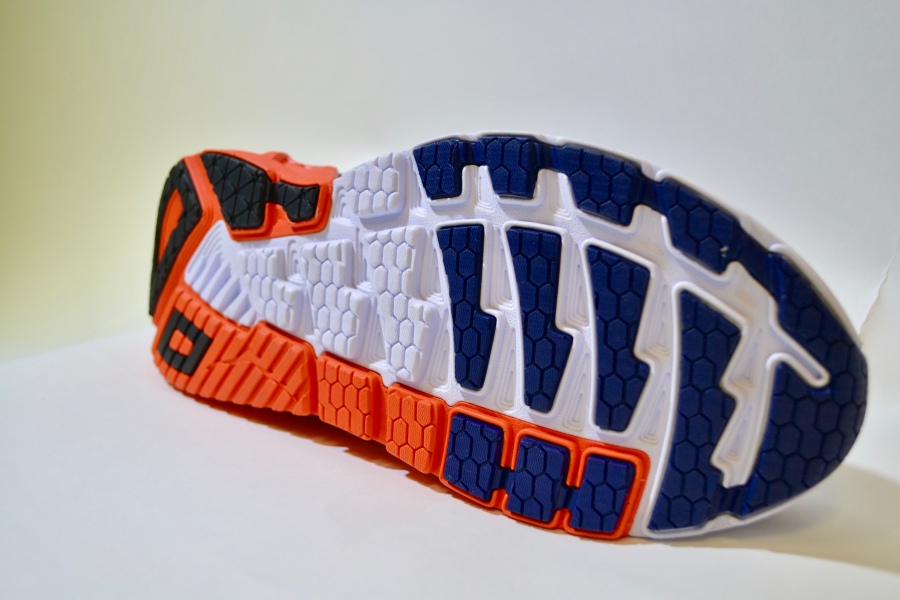 The Hoka Arahi is available in men’s size 9-12 and women’s size 7-10 in all Marathon Sports locations and at marathonsports.com.